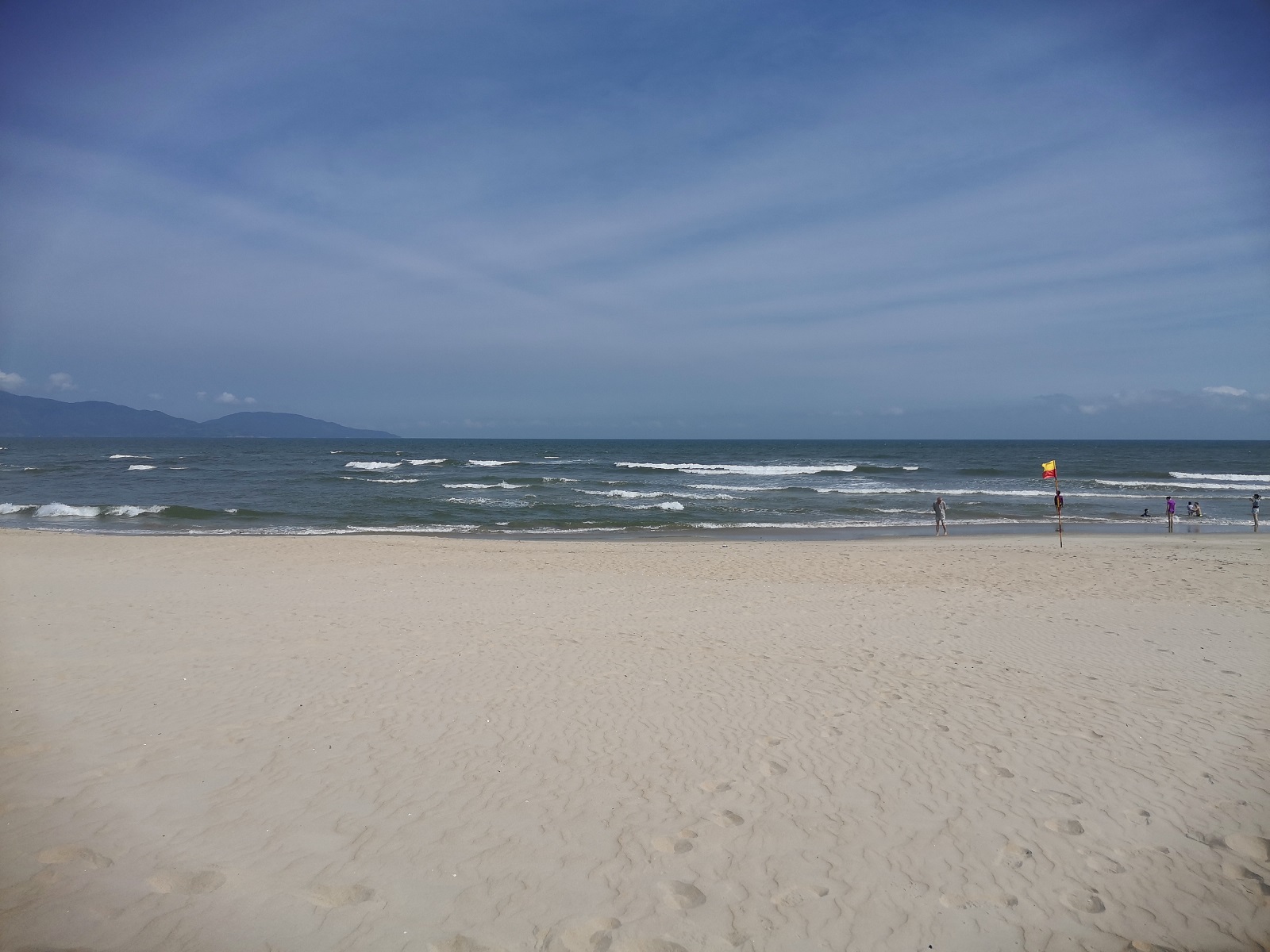 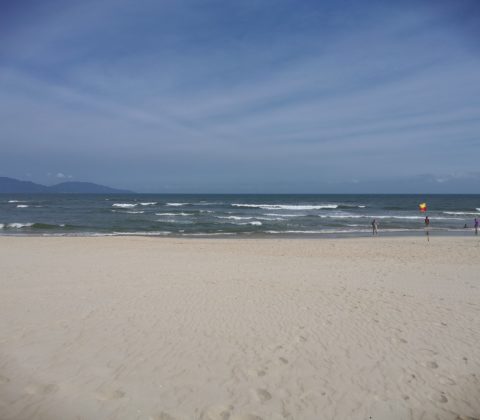 My trip to Vietnam Danang 24-30 january 2020
My wife and i went to Danang, Vietnam, for Chinese new year.
We chose a destination based on the price of air tickets (prices for other Asian countries were very high)
All booked in the Chinese app Ctrip.
Pre-bought a SIM card on Taobao for Vietnam for only 30 rmb for 7 days! Were always with the Internet!
Alternatively, you can buy Internet in the Skytone app (but more expensive).
I also registered in advance in the Grab – for taxi app. Super useful and convenient, a must have!
Pre-purchased one-time passes to business lounges in Dragonpass app (you can buy cheaper through me www.lounge.iurlov.com).
24 january 2020
The best thing that happened in the morning is the Premium lounge at Guangzhou airport. We used Dragonpass and had a good breakfast.
We flew with Hainan airlines to Danang International airport.
I used my APEC Business Travel Card to go without a queue, and my wife was offered to go without a queue for 10 rmb by an airport employee) Corruption in Vietnam from the first minutes of your stay in the country!
Then we withdrew local money from an ATM at the airport. 10 million dongs was enough for 6 days (taxi and food+restaurants).
I call taxi in Grab app and 12.30 we arrived to hotel Centara Sandy beach. 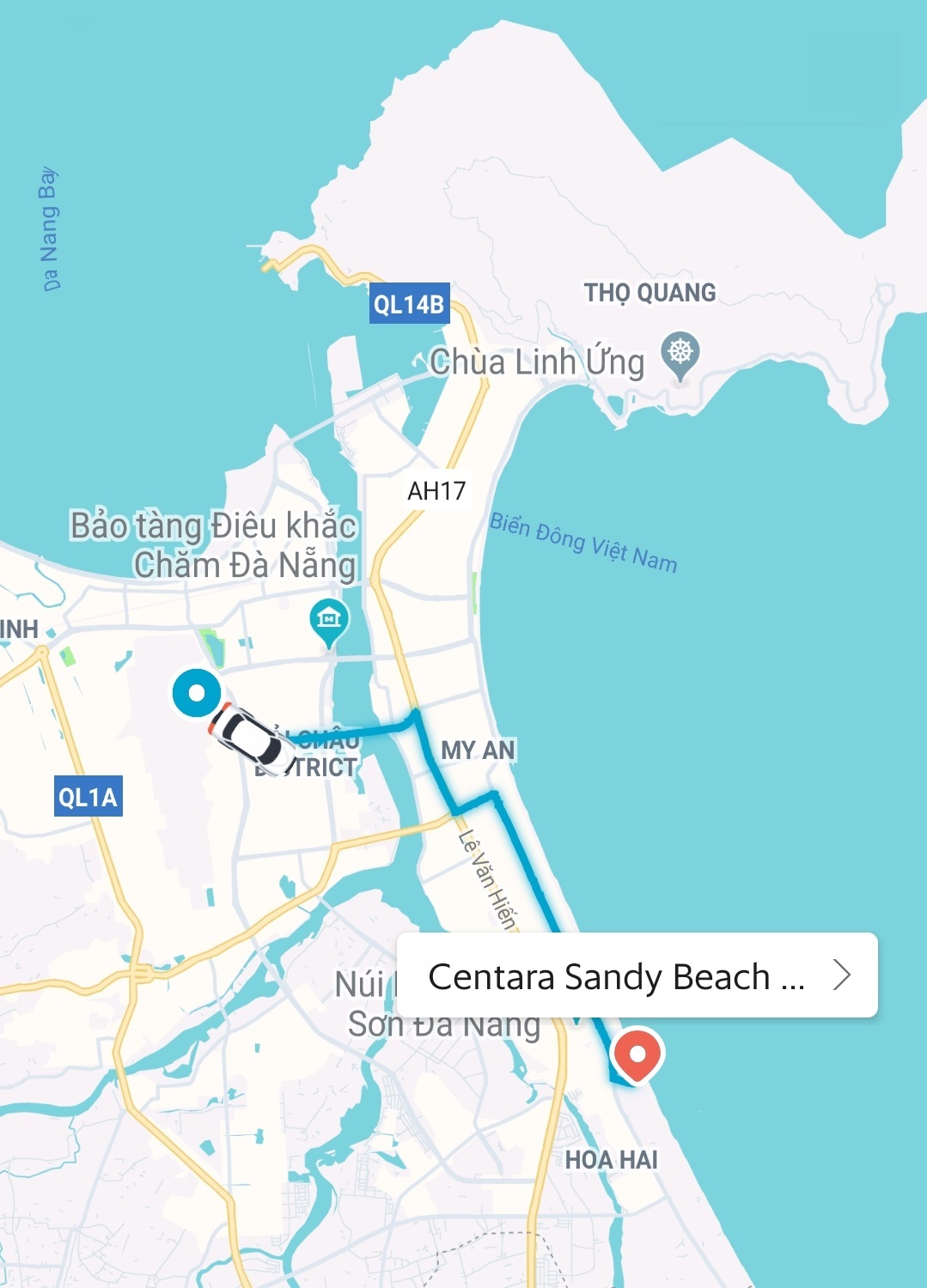 The hotel has a huge green area and a lot of swings, 2 swimming pools, a good beach with sun loungers and umbrellas, lifeguards.
Centara – this is a small chain of hotels: in Thailand, the Maldives (two) and a couple of other countries. The level a litle bit lower than Hilton hotels.
Checked in, rooms are good, then we went to the beach.
There was a red flag on the beach – you can’t swim, and the sea is not impressive (i knew it in advance).
But I swam and we went to the pool to take photos with GoPro + Domeport. The result is shown in the photo below. 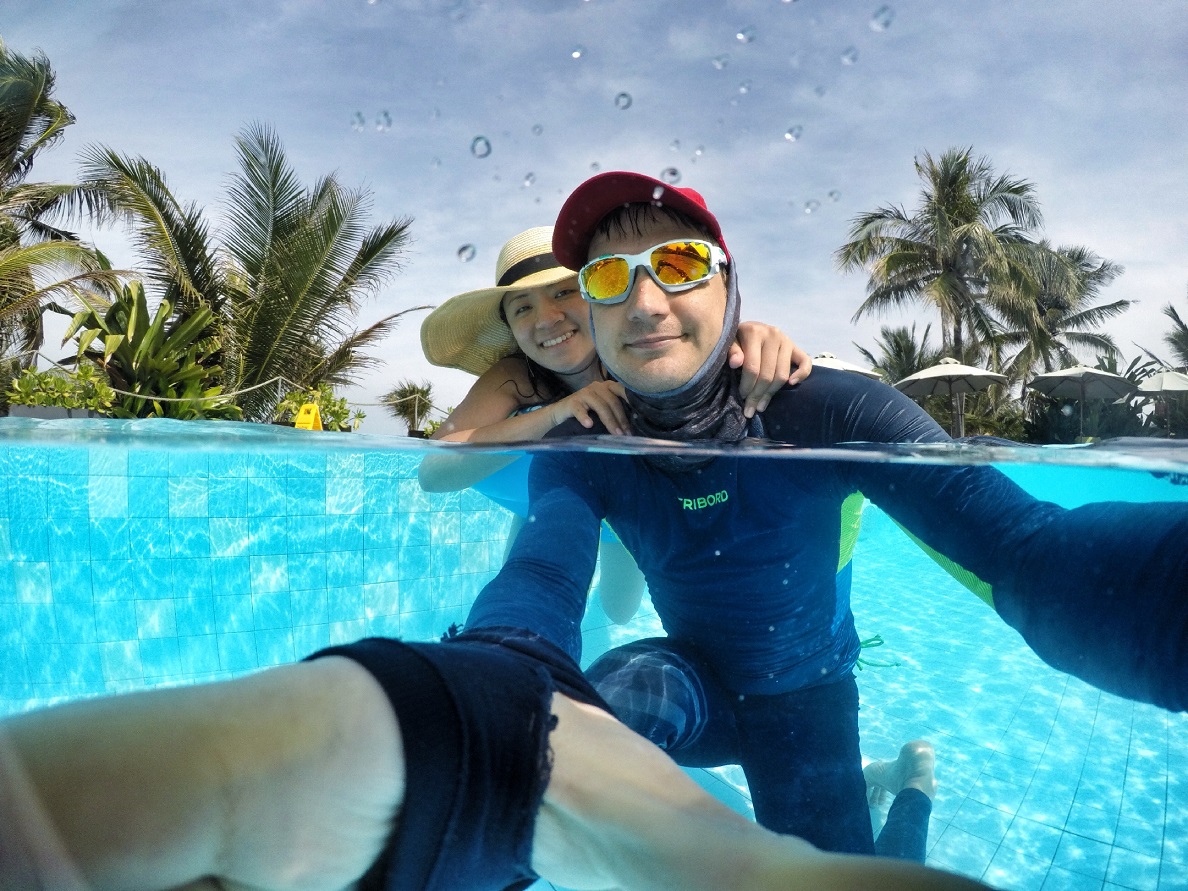 We had dinner in the restaurant of our hotel
The rooms were given 0.3 liters of water per person. This is not enough, what to do?
Life hack – we went to the gym and got a lot of water in the cooler. We had thermoses and water bottles with us.
25 january 2020
For Breakfast, we took an electric mixer with us) and therefore drank fresh juice from a watermelon. Since there was no fresh juice for Breakfast) So we did it ourselves) 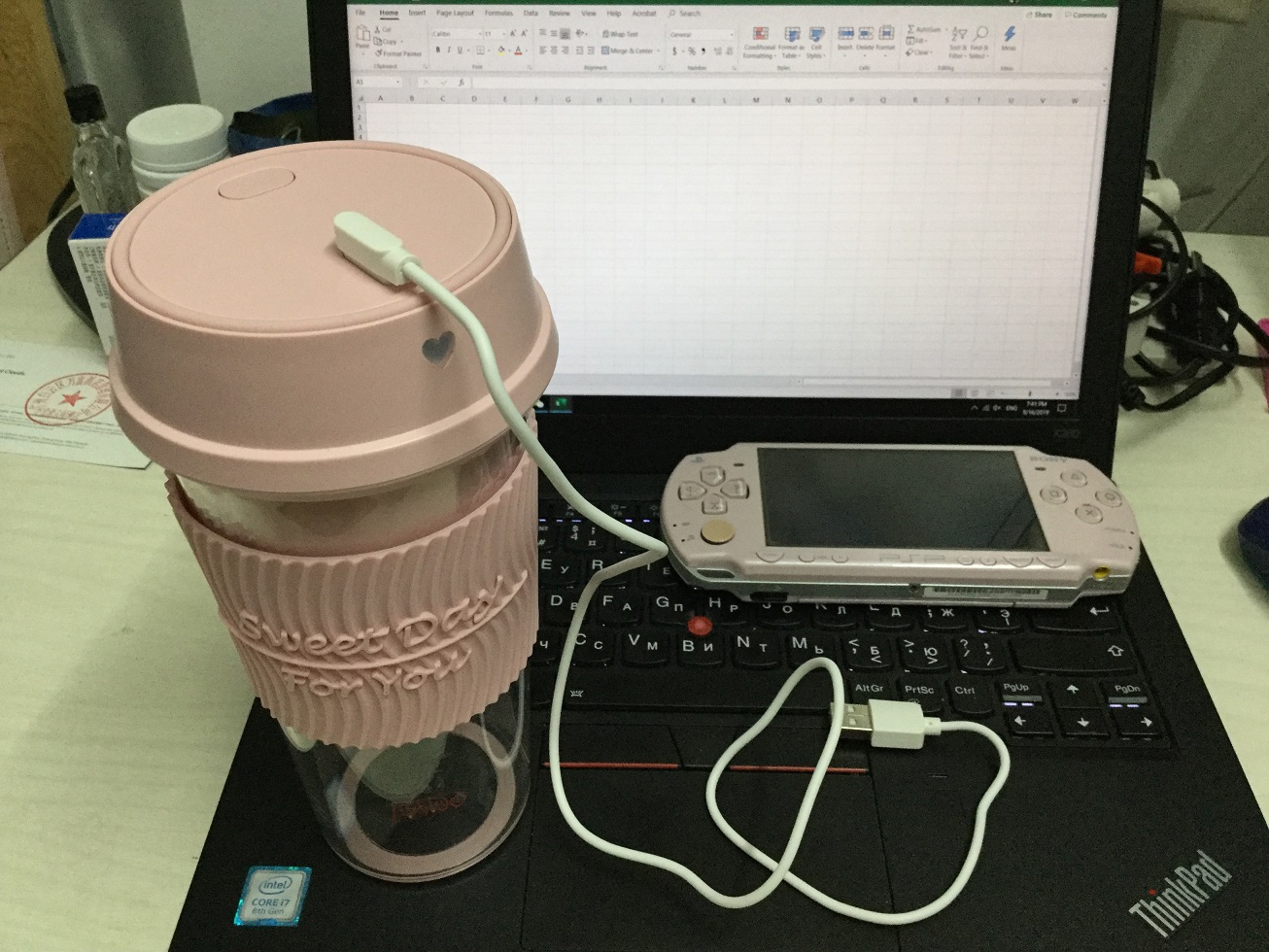 This bottle mixer have battery and charged via USB.
Very convenient for trips!
Then we went to the beach, the flag was yellow and we can swim!
I went surfing for 1 hour for just 100 dongs.
We took a taxi to Hoi An city, a tourist destination. Old architecture, pleasure boats, new year’s atmosphere. 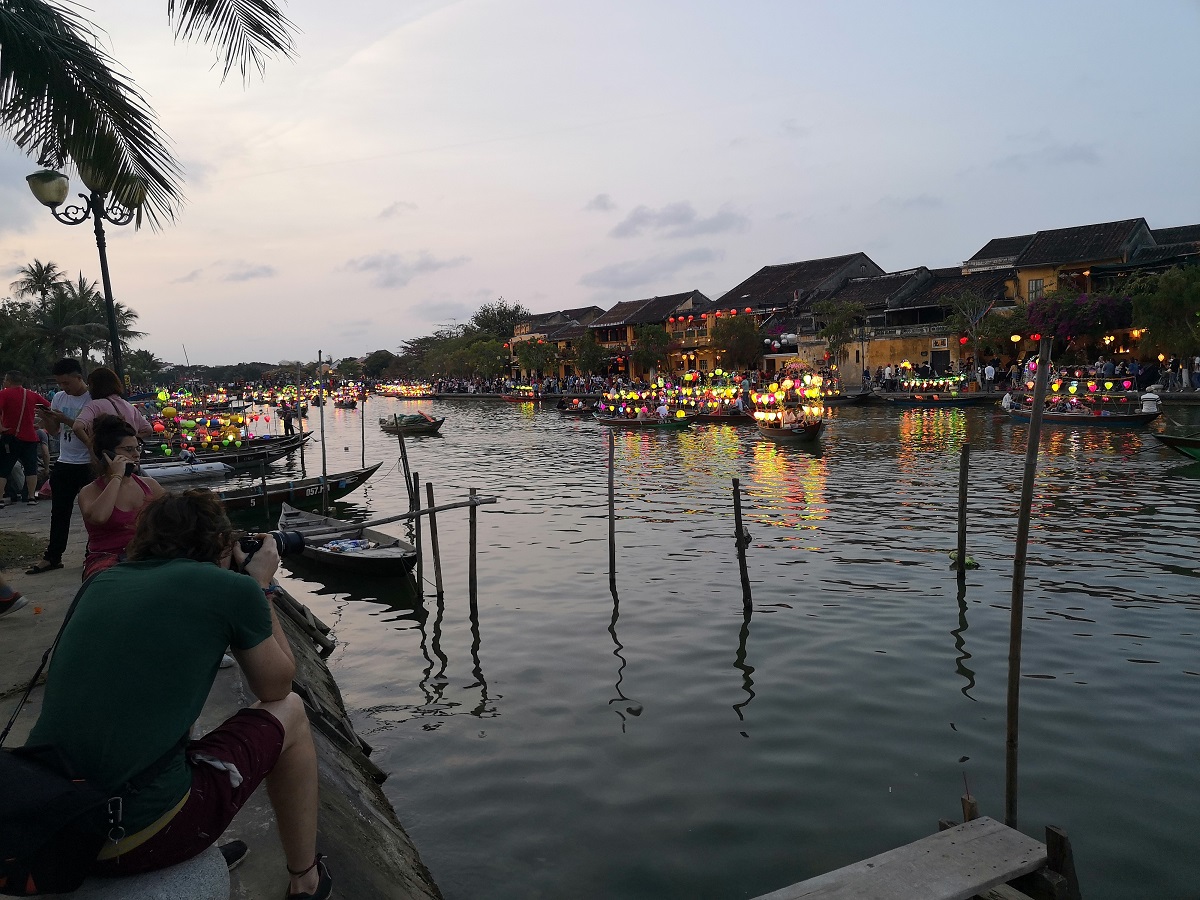 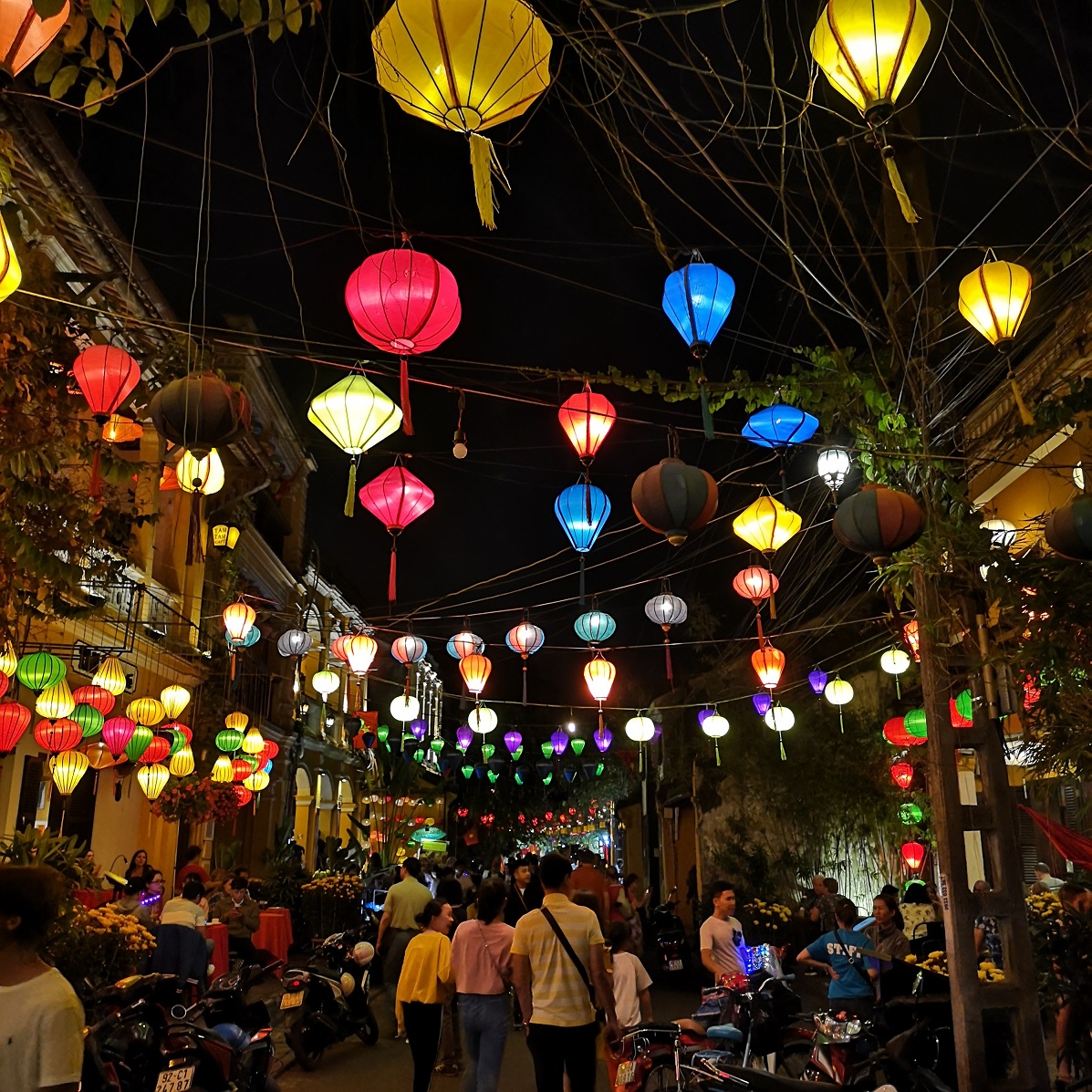 In Vietnam the new year is celebrated according to the lunar calendar, so there were many things closed in the city.
We had an excellent BBQ dinner and returned on the Shuttle bus provided by the hotel.
26 january 2020
We went to an amusement park SunWorld Ba Na Hills. Tickets are not cheap, and need 1 hour drive there by taxi. Tickets were taken in the chinese app Ctrip.
I was surprised by the longest cable car in the world and huge cabins (all made in Switzerland).
But the weather at the top of the mountain was terrible: snow with rain and wind! Feels like minus 10.
Thats why no gorgeous photos from this bridge, as in the photo below. 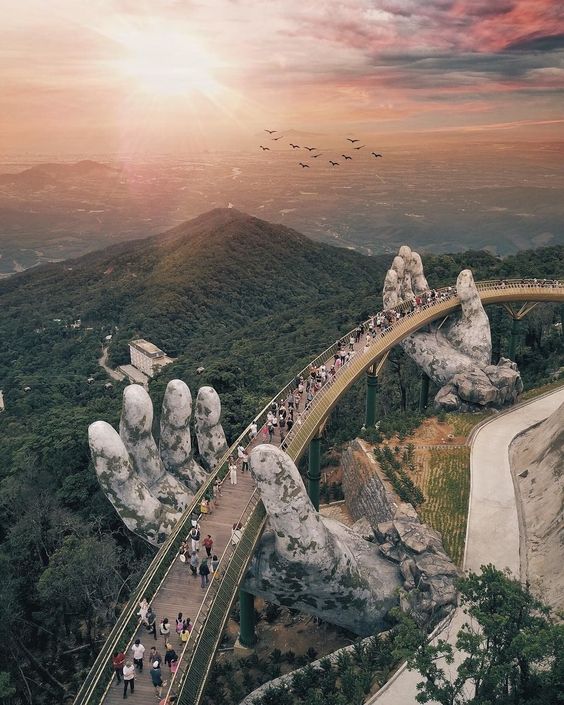 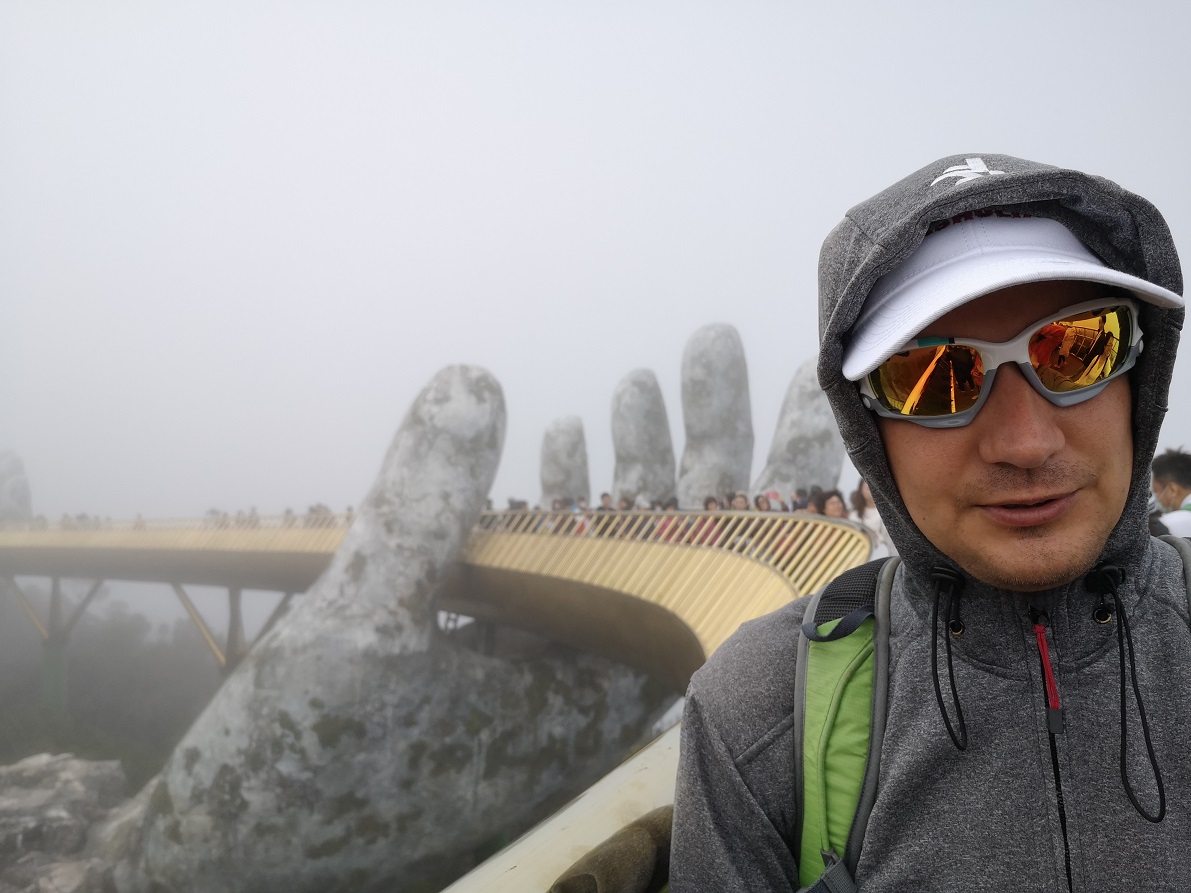 We had a snack at a Korean McDonald’s called Lotteria.
Koreans apparently invested a lot in Vietnam and tourists here are almost all Koreans!
Then we went to an amusement park Fantasy World with slot machines.
There I tried rock climbing) there Were also a couple of rides. But the roller coaster was closed due to bad weather. We played for 4 hours different games and mashines and took a taxi to the hotel, but not to our hotel. We had a good dinner at the nearby Melia hotel.
27 january 2020
Near the hotel we visited Water Mountain with caves, temples, and a pagoda. Great place! We spent 2.5 hours there and climbed the caves.
We changed hotel to Cicilia hotel and Spa 4 stars (closer to the city, the hotel is 3rd line from the beach). For 300 rmb/per night is ok.
We walked along 2 beautiful bridges (one in the form of a dragon) and through the city center.
We dined in a vietnamese cafe with spring rolls and noodle soup (near the hotel).
28 january 2020
Not remember)
29 january 2020
We went to the Mall LotteMart, one of the largest in the city, bought snacks and drinks.
We went to the Mall Vincom Plaza.
We changed hotel to Nhat Minh Hotel for half day.
We went to the mountain with a statue of the goddess Guanyin and a pagoda. Linh Ung Pagoda – interesting place.
The statue of the goddess Guanyin is very high!
We went up to the pagoda.
Dinner in a beautiful vietnamese restaurant in the city center.
At 10 pm we were at the airport.
Departure at 23.55 by Air Macau from Danang to Macau.
30 january 2020
3 hours later we landed and took a taxi to Lotus Port and there they crossed the border to Hengqing Checkpoint.
Despite the fact that on 20 december 2019, a new building was built and passed, it is necessary to cross the border while in the old building!
We were taken to Guangzhou by a previously ordered driver (for 500 rmb and 2 hours). We were home at 6 am.
From 21 to 30 march 2020 i will fly to Phu Quoc island in Vietnam! There will be perfect sea and beach. Also will post article about it!
.
Alex Iurlov
alex@iurlov.com
+79268278273 (WhatsApp, Viber, Telegram)
Wechat id: iurlov